10 places to distribute your video to make it a success 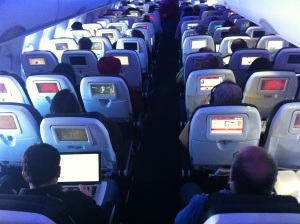 You’ve made a cracking video but you’re really not sure what to do next.

So what do you do?

For the past 12-months I’ve looked, made, researched and co-delivered workshops on essential video skills for comms.

As a comms person I’m convinced that video has a powerful role in creating engaging content. As I’ve said before, a large chunk of the internet is now video and that’s just going to grow.

The two things you need for engaging video

Think of Pearl & Dean. Think of sound and vision. It’s two things that go together. There’s a balancing act for creating successful video as part of a comms campaign. On the one hand you need good content. But on the other hand, good content that’s sat on your mobile phone isn’t going to reach anyone. So think about when and where you can post what you’ve made.

Live streaming is a bit different

Live streaming using Periscope, Meercat or Facebook Live is video. But this is video of the moment which is disposable. If the advantage is to be five yards away from the firefighter explaining the incident is now under control then it makes sense to use that. Speed and realtime point you to these platforms.

Don’t be blinded by numbers

Have a think about your audience. If you are keen to reach 16-year-old students about to decide which college to go to then your idea of success is not to chase Taylor Swift numbers. But if you’ve only reached a dozen then you may need to have a think about your distribution. In other words where people have the chance to see the video.

10 places where people can see your video

Facebook direct. A new kid on the block compared to YouTube. At the moment, Facebook is rewarding you for adding video content to a page. It likes video because video keeps people interested, engaged and sharing. A hundred million hours of video is watched on Facebook every day. There is a battle going on between YouTube and Facebook but it’s worth posting video here too. Facebook can soar in the short run and is outperformed by YouTube in the long run. So think about posting to both. Optimum time: 21 seconds.

Instagram direct. There is a tendency for organisations to sit back and think that YouTube, Facebook or Twitter means the internet is covered. What hogswallop. If you know your audience you’ll have an idea which platforms they’ll be using. If instagram or snapchat is on their wavelength then think about how you’ll be using those channels first. By doing that you’ll have an understanding of what video may work.Optimum time: Instagram was up to 15 seconds maximum but now can be 60 seconds. Doesn’t mean you should use 60 seconds, mind.

Snapchat direct. Younger people are opting for snapchat. Again, disposability rules in the content. The platform now has 10 billion views a day. Organisations who are using it well have got to know snapchat first and make specialised content. It’s not a place to throw your three minute YouTube video.Optimum time: less than 10 seconds.

Email the link internally. Once you’ve posted the video cut and paste the URL and send it to people. Embed it in the weekly email. Or send it to the 10 people in the team you’ve featured. Invite them to share it and you can start to tap into your staff as advocates. YouTube links are good for this.

Embed in a webpage. It never fails to surprise me that video carefully shot and posted onto social channels then never makes the webpage. If you look after a museum, embed the video onto the right webpage so when visitors come they’ll have more than just the opening times to look at.

A staff meeting or event. You have an audience of people corralled into a room. Of course you should show them the film you’ve made.

A link attached to a press release. If you’re sending out a press release it is becoming increasingly important to add a video or an image to it to register an interest with a reporter. Even if it’s a short video it’s worth doing.

Target influencers. If the blogger, the reporter or the big cheese are people you’d like to see the video don’t hope that somehow they’ll pick up on it. Email them direct. Tweet them direct. Tap them on the shoulder. “I’ve got this video that I think you’ll like.”

On a welcome screen on a loop. If you have a reception or a place where people gather show the video on a loop. You may want to screen it with the sound off if you’ve only got 30 seconds of good footage. Think about silent film techniques and sub-titles.

Dan Slee is co-creator of comms2point0.