SUITS YOU: How to use grey accountants to argue for cool open data 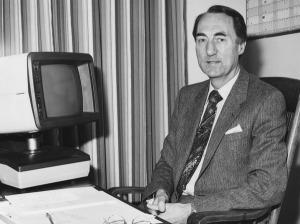 When it comes to open data there’s a gem of a report by Deloitte Canada. ’Understanding government‘ is a belter. It’s an assessment by suits for suits of what open data can achieve. It’s worth downloading.

Think of this post as a review. It’s worth reading the whole thing but here are some bullet points. The sub-headings are mine rather than from the report.

“The social media culture in particular is driving governments to open up while offering the imagination and expertise necessary to improve public services.

“In response, government organisations are embracing the idea that public data should be broadly available in a re-usable format and that governing should be a collaborative enterprise between government and its citizens.

“The good news is that open government initiatives can help engage the public in making the difficult budgetary choices governments are grappling with. 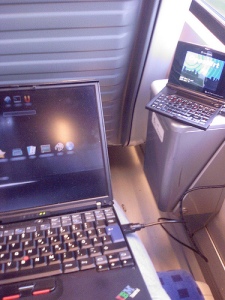 “It will place governments under an unprecedented level of scrutiny and accountability while offering the potential to improve public services.

Open data is not a threat…

“Rather than view the changing relationship between government and its stakeholders as a threat or an inconvenience ncreasingly see it as an opportunity to engage citizens, non-governmental organisations, businesses and other entities in the design of new services and the resolution of old problems.”

Open data may even have stopped the MP’s expenses scandal…

“If the UK had put its database of members’ expense re-mbursements in the public domain in the first place could the scandal have been avoided? Politicians who know that constituents are watching their activities are much more likely to be careful about how they spend public funds.”

The four benefits of open data…

Make a noise about open data…

“Agencies should not quietly put data online. Rather, they should tell the public what they are doing and why, while seeking their participation and engagement. Data that sits in a file are not worth much. Information becomes powerful only as its consumers start to apply it in ways that create value.”

“This form of user-driven application development, also known as crowd sourcing, user innovation or open sourcing provides governments with an unprecedented opportunity to engage citizens in unlocking the power of public data.”

“Encourage users to create applications. Incorporate or adapt user-designed applications into publicly hosted sites. Seek and maintain a dialogue with apps developers. Create methods and channels for listening and responding to user demands for data.”

Don’t just let citizens analyse data. Government needs to be better at it…

“Leading governments are investing in building a core competency in data analytics.

“This involves acquiring the software tools to manipulate vast stores of public data – often provided by more than one agency – and investing in the people and processes to drive analysis and take action.”

Isn’t data a bit vast? Where do you start to look at data as government?

“Focus analytics on your core mission. Approach data analytics as a new core competency not a new tool set. Enlist key partners inside your agency. Leverage the online community.”

“In an information-driven age, the ability of governments to seize the opportunity may ultimately determine whether a government fails or succeed.”

This post was first published on the Open Data Blog.