BEING HUMAN: The first 30 days of human comms… and what I’ve learned 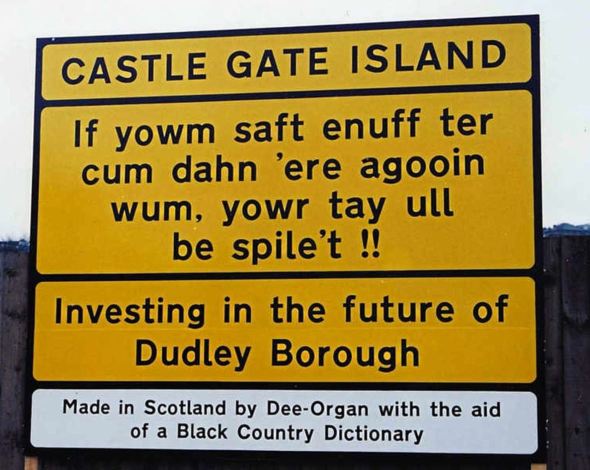 When I started on a whim to blog #30daysofhumancomms it was to collect together some examples of human content that worked for me.

There were about half a dozen that had stuck in my memory and I’d hoped with a prevailing wind this could stretch to 30. Maybe.

But as I added more I spotted more and more people – thank you – came up with alternatives.

Over the course of the month a staggering 10,000 unique users came and read the content. Thank you for stopping by, for sharing and for coming up with suggestions.

Not every day but because I keep finding things I’ll continue. Because they keep cropping up.

The best content is the right thing in the right place at the right time. Yes, I get the need for evaluated calls to action. It’s not how many people see it. It’s what people did as a result of seeing it. So important. But if you don’t have an audience in the first place you’ve got nothing. If all your audience get are calls to actions you are not social. You are a pizza delivery company stuffing leaflets through the digital door. This is where the Paretto principle comms in in social media. If 80 per cent of your content is human and engaging this earns the right 20 per cent of the time to ask them to do something. It’s something I strongly believe in.

What have I learned blogging human comms for 30 days

People respond to them.

They are the secret sauce that makes social media accounts work.

You know them when you see them.

They don’t just exist as a snappy tweet but can be a poster, a media comment, an interview or can be on Facebook too. Often they are not things thought up by comms at all.

What is striking seeing them together is seeing so many on Twitter and in the coming series I’ll look out for other channels, too.

Stopping your job to being human

If you have a suggestion I’d love to hear from you. Drop a note in the comments or @danslee on Twitter.

FROMAGE SHOP: Why Being Human Beats Being French Cheese

Have you heard the one about the chatty English book shop and the unspontaneous French cheese maker?

One has 50,000 followers on Twitter and from their smartphone give a slightly idiosyncratic view from Waterstones in Oxford Street, London. It shows how trusting staff can work.

The other President Cheese has 153 followers and employs a company with a team of 13 in a Star Trek-style ‘war room’ that takes up to 43 days to draw-up a tweet in a highly planned campaign.

But for me nothing I’ve come across better illustrates how being human on social media runs rings around the scripted, over agonised and contrived.

For the book shop you can substitute it for the Lakeland Shepherd, the police constable or the Scottish island librarian. All people for whom with engaging conversation online builds bridges.

Here are a few quick examples:

Don’t be confused. It is a Bank Holiday tomorrow. You can still be awake. There is no work. BOOKS. There is still time. Read BOOKS.

Who is going to go first? pic.twitter.com/DhYH6yKhfo

This right here is the culture clash that I come across talking to the traditional comms person who doesn’t want to let go of the reigns, agonises over and wants to measure everything.

I’m not against scheduling some content. Honest, I’m not. The 3am tweet from the NHS to reach the person suffering from stress and unable to sleep is inspired.

I’m not even against measuring things. What people did as the result of some digital content is far more interesting than the size of the audience.

I quite like the 80-20 split that many good social profiles have. The 80 per cent conversation and the 20 per cent things you’d like people to know. The pics of bees posted along with a rescued bat in Walsall Council countryside ranger Morgan Bowers’ work to build an audience. The occasional update about basket weaving gets people along to her sessions.

But the professionalising of conversation just leaves me feeling uneasy and reminds me of a conversation I had with Birmingham blogger Pete Ashton who did much to build the social landscape in the West Midlands. He said he deliberately moved away from the ‘professional social media’ because he hated what it was becoming in the wrong hands.

If you need to outsource your conversation and take 45 days over 140 characters then, Holy Cheddar, you are struggling.

Acknowledgements: Simon Whitehouse who flagged up the original 45-day case study and Chris Ellis for spotting that the cheese account has 153 followers.

WATER HERO: Why tweeting from the riverbank frontline works 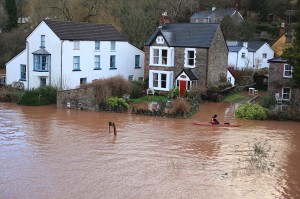 So this, ladies and gentleman, is what I’ve been banging on for years. You give a smartphone and social media access to a frontline worker who ‘gets it’ and gets out of the office and then you sit back.

For the past six weeks swathes of England has been under water with the wettest January for more than 200 years deluging rivers and forcing them to burst their banks.  Platoons of soldiers have been deployed as local government, fire, the Environment Agency and others have battled .

Through it all an army of public sector people have worked on in damp, wet and miserable conditions often without credit or recognition.

One of those is Dave Throup, an Environment Agency manager for Herefordshire and Worcestershire. When the radio need an update it is Dave who is the voice of the agency giving up-to-date updates on river levels, flood risks and advice.

He also uses Twitter to post real time updates that are hyperlocal and county wide. The state of flood barriers in Bewdley, business as usual messages in Ironbridge and advise not to drive through floods. Often they are basic mobile phone pictures like this one:

Going so high at #bewdley we’ve had to get the scaffolding out! River now past 2008 peak and rising. pic.twitter.com/4iIo0grcmm

Gauging high flows is part of our incident response. Means our data is accurate for warnings & advice pic.twitter.com/2SRT9StodJ

He’s using basic technology to post real time information at a time when people need it most. He also shares other people’s tweets and blogs here. He posts to Flickr too.

Why is this brilliant?

If you want the science, the Edelman Trust barometer talks of how staff lower down an organisation are trusted more than those at the top. People who are just like you are trusted even more. For communications people, this changes the game and turns on its head everything. To put it simply, the chief executive may not be the best person to front an interview or a campaign. The officer with the smartphone may well be. I say this repeatedly when I’m training people: it’s not enough to do a good job in the public sector in 2014. You need to tell people too. That’s why the people like Morgan Bowers the Walsall Council countryside ranger works really well on social. It’s a real person talking to a real person.

Why is Dave even more brilliant?

Public sector people get a shabby Press. Why? Because it’s always our fault. Often judged by people who proclaim to know the value of everything and the value of nothing and yet far, far more good is done by the public sector than bad. Dave is brilliant because he cares. People get that too. And yet there are so many people in the sector like him but for some reason he’s struck a chord with the folk who have come to rely on the information that he gives.

He’s also got a fan club:

Some say that there is no such thing as a “Dave Throup” & that it is just a state of mind that elite public sector workers attain to. #hero

Just think about what an army of people like Dave can do for the organisation they work in. Or what they could do for yours.

“Yammer?” a colleague once asked, “isn’t that a Black Country word?”

Actually, no. It’s a web-based platform to allow people from the same organisation to talk to each other.

Used by 80,000 comanies as of Septrember 2010, it’s a way of sharing ideas, links to useful websites and for asking for help to crack a problem.

You need your organisation’s email address to access it so it’s a walled garden to allow discussion that cuts across directorates and teams.

The best thing of all?

It’s been used at Walsall Council since October last year when members of the communications team Kev Dwyer and Mel Lee came across it at the Hyperlocal Govcamp held in Walsall. Our head of communications Darren Caveney saw the value in it straight away.

In the first five months more than 600 people have signed up from around 8,000 employees.

There’s a string of useful discussions.

STATS ON HOW YAMMER IS WORKING…

We took a snapshot of 27 days of Yammer activity at Walsall Council from December 2010 and January 2011.

What we found were people busily innovating. Of the sample of 188 posts and comments:

82 per cent were work related

Of the non-work posts, a third were about snow, information they’d seen in the staff e-mail Weekly Bulletin, on the intranet or were New Year greetings.

Not one was about Saturday night TV. Not one.

That compares favourably to the amount of time spent off-topic in some meetings.

37 per cent were posts

63 per cent were comments.

What were the work-related topics about?

For example, how a new operating model should look or what should happen to a new initiative should look.

Some were happy to ask for input while others were an update on what their team were working on.

Such as an update on new sickness arrangements.

10 per cent were posting links.

A useful website, page on the council website or blog, such as a news story on how smart phones are having an impact.

0 per cent were abusive.

Not a single post on any subject was intemperate or even remotely threatening the code of conduct. That’s important to know and shoots down an early worry.

The regular cry ‘we need to be better at communicating with each other’ has never been louder.

Yammer is proving one way to do it. It won’t do it on it’s own but it is a powerful tool.

Why Yammer failed at my organisation.

A Yammer experiment in local government.