← LONG READ: What we can all learn from the #GrabBag hashtag blow back
POWER STICKER: A simple comms lesson from the last chapter of the Yugoslavian civil war →

SHOT LIST: 8 key lessons on how to make engaging video from joe.co.uk

This is an extraordinarily powerful film by Peter Oborne on the reality of a no deal and the Boris Johnson he knew – pic.twitter.com/rqOQyLziF9

A while back I sat next to a journalist from joe.co.uk and the conversation turned to video.

Video was a central plank in how journalists reach an audience and good images made a story, he said.

Crucially, good images at the start of the video were crucial, he added. That’s something that I wholeheartedly agreed with and it was good to hear it from a journalist, too.

This week, I saw a joe.co.uk video that really brings strands together. It looks into how a no deal Brexit will affect Northern Ireland. The video is longer than you’d think it would be. It rolls on for more than nine minutes but doesn’t have slack.

Whoever you are, take inspiration from where you can find it.

News organisations online are giving you a free lesson in how to assemble good content.

Put the most arresting clip right at the start

In training, we often talk about putting the exploding helicopter in the first three seconds.

In other words, put a clip of the strongest footage in the first three seconds to grab attention and stop people from scrolling on.

In this clip, the quote from one man: “Ten of my friends were shot beside me.”

That would stop anyone in their tracks. Why? How? When? What happened? Your interest is piqued and you want to carry on watching. While visually not arresting the strong line coming from a kindly-looking old man certainly is. 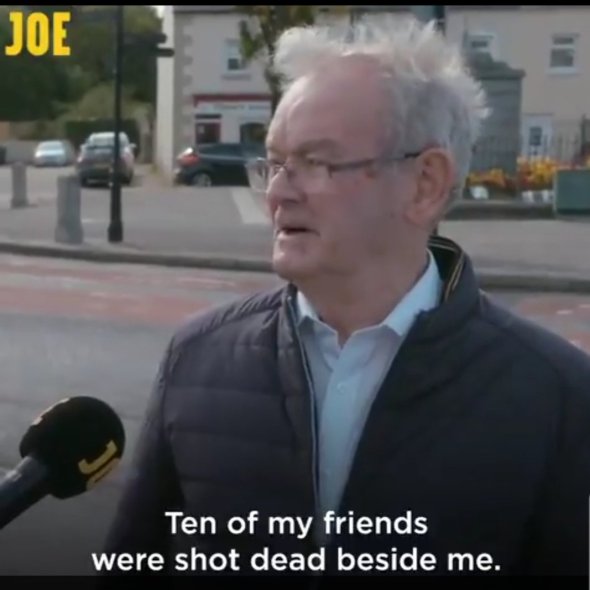 Leave the office, find the real people and talk to them

Real people can be far more interesting that a politician reciting lines to take or trying to make them up on the spot.

Real people also have more friends on Facebook who are more likely to view and share the content. It also shows that real people are affected by decisions made by politicians.

Add a logo in the corner

Some people are wedded to the idea of having three seconds of logo to act as a kind of MGM Lion roaring into your consciousness.

The problem with this approach is that this doesn’t meet social media’s scrolling and goldfish-lite attention span. The way round that is to add a logo in a corner in the style of Channel Five’s football coverage.

Add a title to each interviewee

So, as each interviewee is introduced, they have their own title to display their name.

Joe.co.uk use black on yellow for titles – in other words people’s names – to introduce them to the viewer. The title sits above the sub-title which is what the person is saying. It puts them into context. 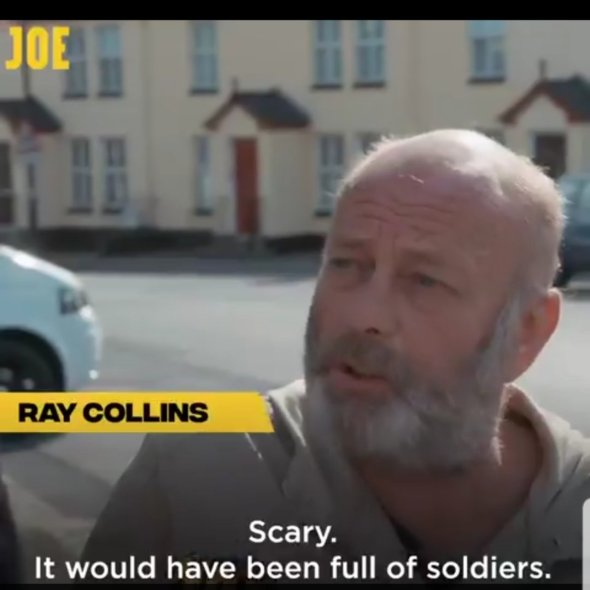 Add sub-titles into the video itself

When you burn the sub-titles into the footage you don’t have to worry about whether or not the viewer has switched settings to allow sub-titles on Facebook.

Cutaways are shots which add colour and context. They make the video more interesting.

So, shots of road signs, the garage and the countryside show the Northern Irish community that will be affected by a Brexit ‘no deal’. The fact that they look ordinary and every day reinforces the message of concern from those interviewed. This is not Beirut or Kosovo. This looks like many parts of the Brritish Isles and island of Ireland.

The video builds a narrative. The story is of a journalist who voted for ‘Leave’ in the EU Referendum in 2016 but is now having misgivings.

He returns to Northern Ireland where he has worked as a journalist before to ask how people there feel. He asks what the town was like during the Troubles from the late 1960s to the large 1990s. The people who lived there were often anxious and there was a large police presence, he is told.

He finds disquiet amongst people that a hard Brexit may see a return to the bad old ways and his final interviewee recalls how he was dragged off a bus with 10 workmates by terrorists who shot them leaving him as the only survivor. That’s a powerful story. But as we’ve seen the stand-out quote has been pulled out to form the first four or five seconds to draw the viewer in.

Put your logo at the end

The Joe logo animates into the screen right at the end. It;s the full stop to the video.

1.Opening shot. Interviewee: “Ten of my friends were shot dead beside me.”

2. Journalist Peter Oborne talks of how he voted remain but he now thinks he didn’t have enough information on how it will affect Northern Ireland where he worked during his career.

4. Bessbrook resident Ray Collins: It was scary in The Troubles with a strong Army presence and the risk of murder by the UVF.

7. Bessbrook resident Alan Black: Ten of my friends were shot dead beside me.

8. Journalist Peter Oborne: His reaction to the interviewees.

9. Danny Kennedy, Ulster Unionist Party: When the Referendum was fought there was little attention to how it would affect Northern Ireland.

10. Jarlath Burns, Principal of St Paul’s High School in conversation with Peter Oborne: The Referendum was an English Referendum and English people didn’t fully realise there was a land border, Jarlath says. Peter accepts that.

11. Cutaways: the car journey to Dublin and Dublin landmarks.

13. Senator Neale Richmond, a member of the Irish Dail.  The border issue didn’t arise during the Referendum but it is an issue to the PSNI.

14. Montage of candid clips of interviewees.

Overall, the joe.co.uk video is an engaging video on what could be a dry topic. The backstop for Irish border arrangements is not the most engaging content on the face of it. They’ve made it interesting by talking to the real people. They’ve made sure it reaches a wider audience by including titles and sub-titles.

I help deliver video skills training. Workshops can be found here and drop me a line on dan@danslee.co.uk if I can help.