HACK TIP: How to write for the web… even if you used to be a journalist 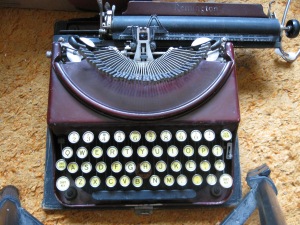 Just because you used to be a journalist doesn’t mean you can write for the web.

There. I’ve said it.

Several times of late I’ve had the same conversation.

Firstly, a confession. I was a journalist for 12-years and a public sector comms person for eight. Much of my work was crafted to be cut and pasted into newspapers either through a news story or a press release.

But those skills that work to create a punchy frontpage lead or impress a news editor doesn’t always work on the web. They are two different things.

Brevity. Getting to the point. Paper shortages during World War Two meant that British journalists had to be concise. Waffle was cut. ‘Keep it short and simple’ ruled. Handy. But…

But a lot doesn’t transfer

On the web, words no longer rule. They are one of many tools available. Your aim is not to scream from the news stand to persuade a passer-by to stop and buy one. It’s to flag down a passing search engine.

Google is the biggest search engine in the world. It has an algorithm that rates each page. The exact recipe is a closely guarded secret and changes often. But some things do work. There are more than three billion searches a day on Google alone, so it’s something to take account of as they have almost 75 per cent of the market globally.

Less than 30 per cent of the words you write will be read on average so you have to be canny.

Metadata is your friend

Metadata is the information that a webpage carries to flag-up to search engines what’s on the page. Tags do this job. They can be key words or the author of the page. For this post the tags will include ‘writing for the web’, ‘tips’, ‘metadata’ and ‘comms.’ Use them. They score you Brownie Points with search engines.

For a simple picture alone, there’s more than half a dozen places where metadata can crop up. From title to description what camera took it, when and where. It all counts. Use it.

If words no longer have supremacy, what does? Simple. Pictures, slides and video work well with people so search engines like them. So, when you are creating something use a variety of content. This also works if you are sending something out to try and entice a journalist to carry your story. Send them words, sure. But send them rich content like a picture or video they can use on their site.

People will glance at your webpage. There’s some really good tips on the US government website usability.gov for how to present the text you have.

Headlines: Straight to the point

On the web, the cunning headline to amuse and entice the reader in doesn’t work. Algorithms don’t really do irony or word play so be very literal. As the BBC Journalism website says, an ambiguous  headline of ‘Queen sells pirate music to fans’ doesn’t work. What about clickbait? That’s all over the web, isn’t it? Yes. But that’s writing for social media and a very particular take on it.

And add links, for heaven’s sake

Back when I was a journalist I wrote thousands of news stories. I never added one link. Tom Foremski’s landmark ‘Die Press Release! Die! Die! Die’ from 2006 was written out of frustration. You should read it. It rails against the habit of text only communications. It begs for the kind of rich content this blog points to. Add links. They give the option of more. Like this econsultancy list of 23 tips for writing on the web.

4 Comments on “HACK TIP: How to write for the web… even if you used to be a journalist”