← SOCIAL CONTENT: Are You Getting the Balance Right?
POST COMMS: Excellent… a survey and whitepaper for #commsforchange14 →

DIGITAL CLASH: Comms and Social: Have we won the War? 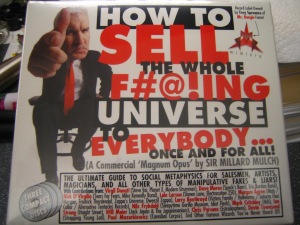 A few things have crossed my timeline of late that reminds me that comms and social for all their outward signs are struggling to fit.

Sure, there are still dinosaurs. But they’re dying out and have lost the battle so let’s not bother with them.

Ignorance is being replaced with the realisation that social media can’t be ignored by comms and PR people. Great.

But have we truly won the war? I’m not at all convinced we have.

There is a mindset that sees digital as a one way tick box exercise that exists only to generate likes or calls to action. In other words, it’s an extension of what traditional comms has always tried to be.

I absolutely get the need for comms teams to demonstrate worth. You sit down with the organisation, you listen to how you need to recruit 10 more carers to save £100k. Then you communicate to the right people at the right time in the right place. You record the new carers. Then you report back what you did.

I get that in spades.

I also get enthusiastically the idea that comms is not the size of the audience but what that audience has done as a result of what you’ve done.

I can also get the need to base comms on evidence and business cases to cut out the pointless vanity comms. You know the sort. The sort that needs this doing because we’ve always done it because the Director likes it.

I get that too.

I also get much of Rachel Moss’s post on not slavishly sticking to digital and doing traditional things too. If a poster works, use a poster. There is no earthly point, I’m guessing, for a LinkedIn group aimed at under fives.

I don’t think that comms people have fully realised what social is. It is not driven by likes, sign-ups and results. It is driven by conversation, sharing and stories. The return on investment comes as a spin-off and is all the more powerful for that.

Think of it in postal terms. It’s the difference between junk mail asking you to buy, buy, buy and the handwritten postcard addressed to you on your door mat.

I think of the police officer I spoke to early in my career who was one of the first to embrace Twitter. A senior officer he had a face that looked as though it had been in a few scraps in its time. I would not argue with that face if he asked me to move my car.

He used Twitter, the policeman told me, in exactly the same way as he would use conversation as if he walked down a parade of shops on his beat. He’d say good morning. He’d pass the time of day. He’d share a joke. He’d then ask someone once the ice was broken to remember to shut their windows when they went out in warm weather. Simple. And human.

The real return on investment for that officer comes in an emergency where there is a pre-built network of people willing to share their message.

Police officers get that you need to be human on the social web to be listened to. I’m not sure if comms people look at .

I think of the brands who tried to ‘leverage’ their audience with 9/11 tweets. I think of Pete Ashton one of the first people in Birmingham to use this thing called Twitter and work out what the social web was all about. I think of the chat I had with him on how he had consciously divorced himself from the growing social as numbers professionalisation of social media.

I think of the Best by WM survey that shows that digital comms in the West Midlands social has stalled at Twitter and Facebook and the new channels are not being explored.

It all points to this as a conclusion: social media and digital communications is one set of tools in the mix.

Use them if you think they’ll work but don’t be a channel fascist.

Measure if you like. But don’t let the tape measure drive you.

Explore with it. Experiment. Learn. There is so much wide open space to be experimented with.

If a police officer with a broken nose can get this, why can’t more comms people?

3 Comments on “DIGITAL CLASH: Comms and Social: Have we won the War?”